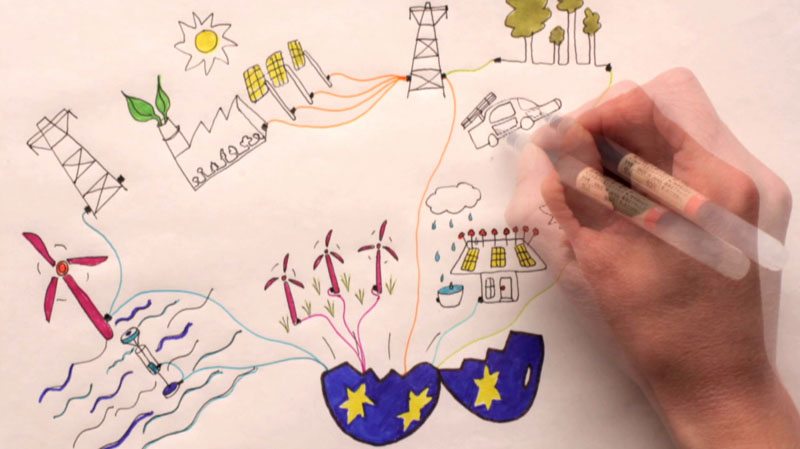 Is (more) Europe still a good idea? The short documentary film “Creating a People’s Europe” tackles this question from a Green perspective. The film will be shown ahead of the EGP electoral convention, on February 21st in Brussels, and it will be followed by a discussion on how a “people’s Europe” can be created.

Five years into the financial and economic crisis the European Union has not been left unchanged. While citizens’ confidence in the Union is reaching historic lows, is there still space for discussing further European integration? Is (more) Europe still a good idea? In this context, the film “Creating a people’s Europe” looks at Green solutions out of the crisis and discusses Green visions for the future of a prosperous and strongly democratic Europe, via interviews with politicians and civil society activists from across Europe.

Ahead of the European Green Party’s Electoral Convention, GEF will arrange a film showing. The film’s producer John Gormley (Irish Minister of Environment 2007-2011) will introduce the film. We will follow the showing with a panel discussion with first time candidates in the European Parliament elections. The candidates will share their reasons for running for Europe and their visions for the future of Europe, and will discuss with the audience the type of projects they’d to take up in the European Parliament in order to render the EU back on the road of prosperity and on that of democratic legitimacy.

The film was realised by the Green European Foundation for the Greens/EFA Group in the European Parliament and with support of the Heinrich Boell Stiftung.

19:00 Discussion (with Q&A from audience) “Green visions for the future of Europe”: